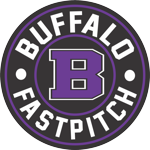 The goal is to keep teams small, learn the game, and have fun.   Games are played in Buffalo and surrounding communities. The season begins in May.  Players play a different position each inning.

Games will be played Tuesdays and or Thursdays starting May 18th.  One game will be played at night till schools out, then will move to double headers.

Games will be played Mondays and or Wednesdays.  One game night double headers till schools out, then move to possibly two nights per week.  Starting May 17th ending with the end of season tournament on June 27th and 29th to be held at multiple locations.

*Games are against other Buffalo 8U teams and surrounding communities (Rockford, Hanover, STMA, and Rogers).All towns will use a pitching machine.

• The players will get no more than three (3) pitches form a coach. If after 3 pitches and the ball is not hit in play, the player will then hit off a tee to help with the flow of the game.

• Each team will bat their entire roster.

• If three outs are made, the team will remain up to bat. If a player gets out while running the bases, that player will return to the bench.

• All players will play in the field. Position them as needed.

• No umpires will be used at this age.